Ailey said that one of America’s richest treasures was the African American cultural heritage—“sometimes sorrowful, sometimes jubilant, but always hopeful.” This enduring classic is a tribute to that tradition, born out of the choreographer’s “blood memories” of his childhood in rural Texas and the Baptist Church. But since its premiere in 1960, the ballet has been performed continuously around the globe, transcending barriers of faith and nationality, and appealing to universal emotions, making it the most widely seen modern dance work in the world.

More than just a popular dance work, it has become a cultural treasure, beloved by generations of fans. Seeing Revelations for the first time or the hundredth can be a transcendent experience, with audiences cheering, singing along and dancing in their seats from the opening notes of the plaintive “I Been ’Buked” to the rousing “Wade in the Water” and the triumphant finale, “Rocka My Soul in the Bosom of Abraham.”

“If you haven’t seen Alvin Ailey American Dance Theater, you haven’t seen dance…[they’re] the most exciting dance company in the world. If you’ve never seen them perform, you have no idea what the human body can do, in terms of sheer grace, control, elegance, strength, and athleticism.”

“Watching Alvin Ailey American Dance Theater can change your life. If that sounds like a slogan, it’s truth in advertising.”

“The Ailey dancers set the stage on fire with contemporary repertory. Talk about electrifying. The dancers wrapped their bodies and souls around works created for them.”

“This company’s nonchalant virtuosity routinely sends its audience into the rapture zone.”

“The crowd starts cheering before the curtain goes up.”

“In its sixty-year history, Alvin Ailey American Dance Theatre has enjoyed an inspiring ascent from hardscrabble origins to a long, still unchallenged reign as America’s most popular dance company…” 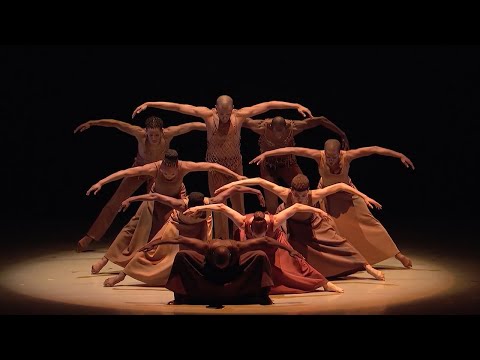