In 1952, dancer and choreographer AMALIA HERNÁNDEZ founded the Ballet Folklórico de México, having embarked at a very early age on a quest to preserve the dancing traditions of Mexico. Her goal was to share with the nation and the world the beauty of Mexican dance from the Pre-Colombian era, the Hispanic Viceroy period, and the popular period of the Revolutionary years.

In 1954, Amalia began to garner recognition as a highly respected cultural representative of Mexico. In her earliest ballets, the audience sees the present time fade before their eyes, as they enter into a journey through the past: the lords of heaven and earth come back to life, the jaguars, the gods born of human flesh; and thirty different cultures that blossomed in centuries past leave behind a trail of color. All of these elements together gave Amalia Hernández the inspiration to create the Ballet Folklórico de México.

A weekly program on Mexican television sponsored by the government aired the Ballet’s initial performances. Merely a few years into their formation, the company achieved a degree of international success that has been maintained for over seventy years. Amalia Hernandez and Ballet Folklórico de México have since created over forty ballets for upwards of seventy dancers. The music, technical rigor, elaborate costuming and Amalia’s choreography have helped the Ballet and its followers disseminate the zest for rich Mexican tradition and folklore throughout the world.

Since 1959, the company has been permanently housed at the Palace of Fine Arts in Mexico City. The institution has two main artistic companies called The First Company and the Resident Company, both of whom alternate tours and performances in Mexico and abroad.

The company has currently given over 5,000 performances, and both Amalia Hernandez and the Ballet Folklórico de México have been distinguished with more than 300 awards recognizing their artistic merits. 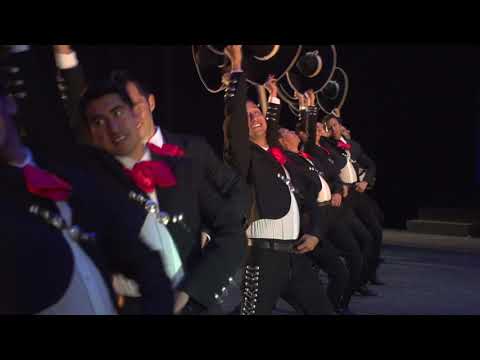 We are pleased to continue to offer discounts for groups of 10 or more for most shows and performances. Group tickets are a popular way to secure great seats at a great price.

·      Available beginning 2 hour priors to showtime (in person only)