José Feliciano is a beloved singer/songwriter/guitarist and nine-time GRAMMY Award Winner, including a Lifetime Achievement Award for his contributions in music. The Puerto Rican-born artist is known for his many international hits, including his rendition of The Doors’ “Light My Fire,” “Che Sarà,”“La Copa Rota,” “Por Qué Te Tengo Que Olvidar?” the theme song, “Chico and The Man” from the hit television show and his rendition of “California Dreamin” which was featured in Quentin Tarantino’s acclaimed film, Once Upon A Time In Hollywood (2019) and went on to be one of the most streamed tracks from its soundtrack. Feliciano stirred national controversy and made history in 1968 as the first artist ever to stylize the US national anthem. His soulful recording of the “Star Spangled Banner” became the first version of the anthem to chart on the Billboard Hot 100.

Written and performed by José, “Feliz Navidad” is one of the best-selling holiday songs of all time. The infectious evergreen song was recorded with producer Rick Jarrard in October 1970 and released one month later in November 1970 on RCA Records. Surprisingly, the song first hit the charts in 1998 on Billboard’s Hot 100, and then charted again in 2017, an astounding 47 years after its original release. After it landed on the Hot 100 again in 2019, Forbes declared it’s the “gift that keeps on giving.” ASCAP recognized “Feliz Navidad” as one of the top 25 most played and recorded Christmas songs around the world. A seemingly endless list of artists across all genres has covered the iconic song, including Céline Dion, Garth Brooks, Chicago, The Three Tenors, Michael Bublé featuring Thalia, Gwen Stefani & Mon Laferte, Kacey Musgraves, and many more. 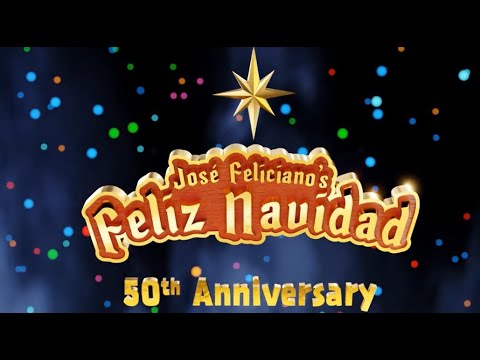 Duration is 1 hour 30 minutes INCLUDING a 20 minute intermission