Cady Heron may have grown up on an African savanna, but nothing prepared her for the vicious ways of her strange new home: suburban Illinois. Soon, this naïve newbie falls prey to a trio of lionized frenemies led by the charming but ruthless Regina George. But when Cady devises a plan to end Regina’s reign, she learns the hard way that you can’t cross a Queen Bee without getting stung.

"Tina Fey's comedy for the ages is now a fetch new musical. THE AUDIENCE LAPS IT UP!"
– The New Yorker

“MEAN GIRLS delivers with immense energy, a wicked sense of humor and joyful inside-jokery.” USA Today says, “We’ll let you in on a little secret, because we’re such good friends: GET YOUR TICKETS NOW!”
-New York Magazine cheers 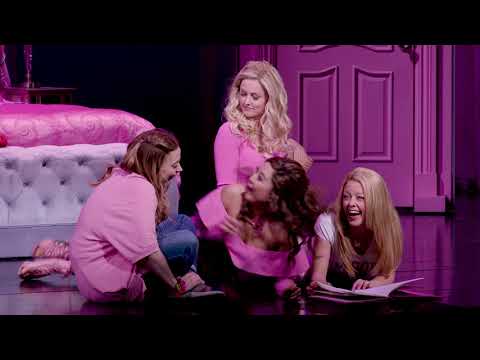 SECURE YOUR SEATS FOR BROADWAY’S RETURN TO THE MARCUS CENTER!

Subscriptions for the 2021/2022 Johnson Financial Group Broadway at the Marcus Center Season are available now. Make some plans to look forward to with a 6 or 7-show package.
Learn more about Broadway subscriptions here.

We can't wait for your group to take part in the exciting Broadway shows coming to Milwaukee.

Get in touch with the Group Sales Department:
✓ By phone: 414.273.7121 ext. 210
✓ By email: jbarnes@marcuscenter.org
✓ Follow this link to get started online:
Group Tickets Request Form.

During Marcus Center’s closing, we were able to refresh the inside of Uihlein Hall. We removed every seat, added several aisles to the main floor, adjusted the layout on the second level, added new wheelchair-accessible seating, updated aisle lighting, and installed all new seats throughout the hall. This new layout makes getting to most seats in the hall much easier, but it has resulted in new seat names and numbers.

Renewed subscribers, please log in to Account Manager and view your seat name/number in the “My Tickets” tab.