LOST GIANT OF THE CRETACEOUS With Paleontologist Nizar Ibrahim

Meet Spinosaurus, the largest predatory dinosaur yet discovered—larger than T. rex—and hear the incredible story of how this prehistoric giant was almost lost to science, before being uncovered again with the help of paleontologist Nizar Ibrahim.

Originally discovered in Morocco more than half a century ago by German paleontologist Ernst Stromer, Spinosaurus’ fossil remains were lost in the Allied bombing of Germany during World War II. But recent fossil discoveries in the desert, along with Stromer’s own data and drawings, helped Ibrahim and contemporary scientists reconstruct a full skeletal model of Spinosaurus, which has been featured on the National Geographic Channel and presented in the National Geographic Museum.

With amazing video recreating the lost world of the Cretaceous-era Sahara, Ibrahim will tell the story of Spinosaurus’ discovery, loss, and rediscovery, and explain what—other than its size—makes this ancient monster unique.

ABOUT NIZAR IBRAHIM
German/Moroccan paleontologist, anatomist, and National Geographic Explorer Nizar Ibrahim scours the vast deserts of North Africa for clues to life in the Cretaceous period, when the area was a large river system teeming with a profusion of diverse life. One of the youngest explorers ever to lead expeditions to the Sahara, he has unearthed spectacular dinosaur bones, rare fossil footprints, giant prehistoric fish, crocodile-like hunters, and a new species of giant flying reptile with a 20-foot wingspan that lived 95 million years ago.

For many years Ibrahim has been obsessed with one of the great mysteries in paleontology—the giant predatory dinosaur Spinosaurus. In a tale for the ages, Ibrahim managed to find “a needle in a desert,” as he puts it, uncovering one of the most bizarre animals ever to evolve. Ibrahim’s remarkable story and the findings of an international team of scientists were published in the journal Science and as a cover story for National Geographic magazine. What has been unveiled appears to be the first truly semiaquatic dinosaur, Spinosaurus aegyptiacus.

In 2014 Ibrahim was named a National Geographic Emerging Explorer, and in 2015 he was named a TED fellow, the first paleontologist in the history of TED. Also in 2015, he was named one of Chicago’s 40 under 40 by Crain’s Chicago Business. Ibrahim is an Assistant Professor of Biology and currently teaches anatomy and evolutionary biology at the University of Detroit Mercy. His work has been featured in several major documentary films (National Geographic, NOVA, BBC, ZDF) and high-impact publications, including The Wall Street Journal, Nature, Discover Magazine, and The New York Times. 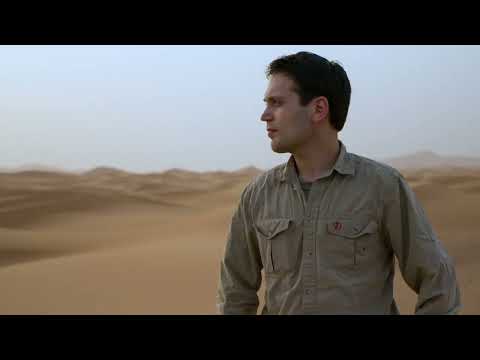